​​
​      Apostle Rudolph Samuel Johnson, Sr. was born to the late Mr. Howard and the late Georgiana Johnson in 1959, Chestertown, Maryland.  He attended the Lord Elementary School, Burnett Middle School, and graduated from the Pierre S. DuPont High School.  Apostle was very active during his formal years of education.  This is noted by his accomplishments of participation in the All City and State Choir, and Delaware State Scholarship-to mention a few. Furthering his education at Delaware State University, he later served in the United States Army for three years.  He participated in Ranger Training and successfully completed the course.
​Apostle Johnson fell in love with his classmate and best friend Fern Elaine Webster.  They were united in Holy Matrimony on August 8, 1981.  From this union four children were born (Sondeania, Theressa, Rudina and Rudolph Johnson, Jr.)
​He has performed and sang in theater productions.  Two which will continue to be acknowledged and remembered are “Show Boat” and “Fiddle Rainbow”.  He recorded with the Mother COGIC Harvest Choir, Terry L. White as well as New Generation.  Having sang and performed with the “Greats” of the Gospel Music industry he decided to embark upon a project-recording and co-producing a CD with his daughters “The Johnson Sisters” along with the Holy Trinity Mass Choir.
​The call to the preached word ministry came to Apostle Johnson in 1982.  Shortly thereafter, Apostle connected with the New Pentecostal U.H.C. of America, under the leadership of the late Dr. Louvenia Dickerson who instructed him through ministry.  His initial message was delivered December 19, 1991.  With the desire to show himself approved, Apostle Johnson pursued other studies that would support him in the ministerial work.  He received a Bachelors Degree at the United Christian College.  In 1999, Apostle answered the clarion call to the Pastoral Ministry, establishing the Restoration World Ministries, Inc. Apostle Johnson walks totally by faith.
​On Sunday, February 1, 2004 Apostle preached a message “Prepare Your Stuff For Moving, and in May 2004 Apostle and the church moved to their new location.  A man of faith, focus and vision.  He passionately acknowledges, “It’s all about helping people”. Two of his favorite Scriptures are Matthew 6:33-”But seek ye first the kingdom of God, and his righteousness and all things shall be added unto you”.  Hebrews 11:1-”Now faith is the substance of things hoped for, the evidence of things not seen”.

​Prophetess Fern W. Johnson was called into the prophetic office in 2001 and properly birth into the office and given impartation by her Prophetic Father, Prophet Raymond P. Stansbury of Wilmington, Delaware - Pastor of “The Prophetic House of Truth Outreach.” She acknowledged her calling into the prophetic office in the year of 2005. The devil thought that fear would have kept the mouth of the Prophetess closed but God has not given her the spirit of fear, but of power and of love and of a sound mind.

​She was licensed as a missionary from the Mother C.O.G.I.C. in 1979 under the Pastorate of the late Dr. Ross B. Rainey. She received her biblical training from the United Christian College in Wilmington, Delaware under the tutelage of the late Dr. Louvenia Dickerson. She is the Co-Pastor of Restoration World Ministries, Inc. of Edgewood, Maryland, where she is the Bible Church School Superintendent. She also conducts the 7:15 A.M. Morning Glory Prayer Monday, Wednesday and Friday throughout the week. She is a teacher, writer, intercessor and a Prophetess of correction and protection. She loves reading, traveling, sightseeing and shopping.

​Prophetess Fern Johnson’s purpose is to speak prophetic truth with clarity. She is married to Apostle Rudolph S. Johnson, Sr. and they are the parents of Sondeania, Theressa, Rudina and Rudolph Jr.
One of her favorite Scriptures is Psalm 16:11, “You will show me the path of life: in Your presence is fullness of joy; at your right hand there are pleasures forever more.” 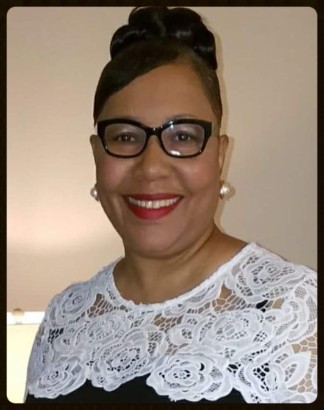 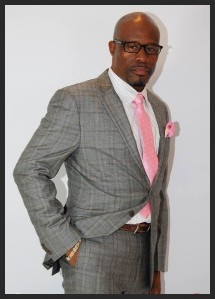